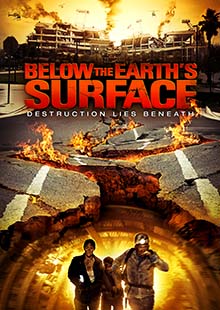 Below the Earth's Surface

Old mining tunnels weave their way through the city. Condemned as unsafe years ago the mines were closed and filled with concrete to prevent collapsing; or so everyone thought. Across town a group of geologists stumble upon an old mining tunnel and soon realize it isn't the only tunnel the city forgot to fill. Directly on top of the main mining area stands a completely filled arena. As 60,000 unsuspecting spectators cheer on their favorite team the ground below them threatens to crumble at any minute. The geologist call everyone they can think of to get the warning out, but no one will listen. Now faced with the reality that the ground will certainly collapse and trap thousands below the earth's surface they rush towards the arena to warn as many as they can. But will their warnings come too late?