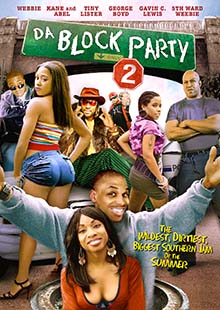 CJ carries on his family tradition by putting together the biggest jam of the summer. Things seem to be going great, until he is confronted by the hilarious antics of a crooked cop named “Blue Eyes” and his older brother's baby -mamma, Kanisha. Can this year's block party top the last?