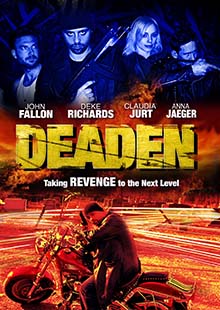 After witnessing the brutal murder of his pregnant wife, Rane (John Fallon), sets out on a drug fueled rampage for revenge against the brotherhood who betrayed him. Aided by every weapon available and his old crime buddy, Rane will stop at nothing to get his retribution!