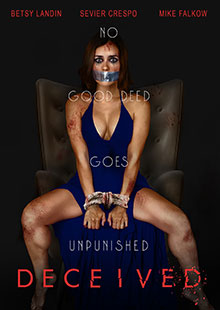 Alejandro returns to his home in Puerto Rico to help his sister Magdalena get her life together, only to find out from an old acquaintance that Magdalena has gone missing. Led to a bar in old San Juan, he discovers that not only was Magdalena working as an exotic dancer. Here Alejandro tries to piece together the events that led to her disappearance and starts to realize that not everything is as it seems.