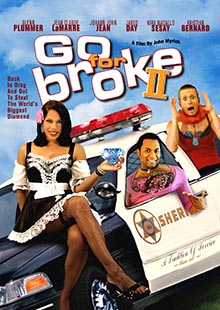 What do you do when your friend is held up for ransom? You dress in drag and steal a $20 million dollar diamond. Follow John and Darnell in this wacky adventure as they try to rescue Ramses (Glenn Plummer) from a vengeful correctional officer holding him for ransom. With help from their friend Mouse (Jean Claude LaMarre), they come up with a plan to steal a $20 million diamond from a rich African Prince. Before they know it, John and Darnell are dressed up as women and on a double date with a horny Texas oil tycoon, and the eccentric Prince. But their plans might be sabotaged when two ex-convicts go after the same diamond. It all comes crashing down in one crazy Saturday night.