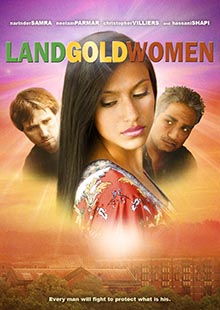 Nazir Ali Khan is an immigrant Indian professor living with wife and two children Saira, 17 and Asif 14 in Birmingham, England. Nazir shares a great relationship with his children and indulges their love for all things English, but has taken great pains to keep the link to home strong. When his beloved Saira is found in an illicit relationship, Nazir is suddenly on the brink of a tough decision. Should he save face or save his daughter?