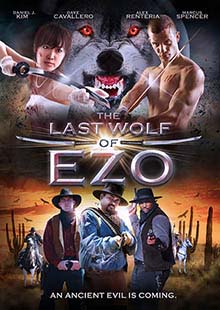 Karukan, a ronin samurai, travels to the old west after his clan fails to stop a beast that has escaped Japan. He hires a guide, Langdon, to accompany him on his journey to stop the beast from killing any more innocent people. Together, along with a band of bounty hunters, they hunt down the beast to the woods of River City. In order to gain the confidence and strength to defeat the beast, Karukan must overcome his past burdens such as family dishonor and lost love.