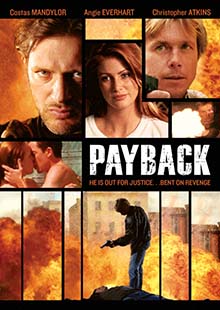 Sean's partner is brutally murdered during a drug bust gone wrong. Traumatized by his friend's death and disgusted by internal politics, Sean quits the force and moves with his wife and daughter to an isolated ranch. But things aren't peaceful for long. The psychotic killer behind his partner's murder escapes from prison with one thing on his mind…revenge! Leaving a trail of dead bodies behind him the killer quickly closes in on Sean and his family.