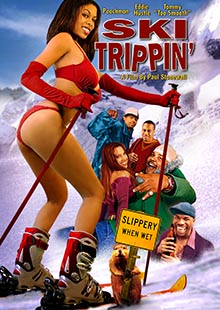 SkiTrippin' is a nonstop comedy adventure revolving around three friends who embark on the vacation of their life! Anticipating a heavy break from the norm of daily life, three friends travel together to a local ski lodge where they attend a radio-sponsored ski event. Of course none of these city slickers has ever skied before, but that doesn't stop them and the pit-falls of the slippery slopes of life. This bumpy and hilarious ride takes you through the eyes of each friend where nothing is taboo on this ski trippin' vacation.