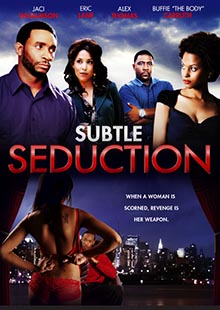 After Vanessa discovers her boyfriend has been unfaithful she vows to take control of the situation. Using his one weakness to her advantage she quiets him and moves on to her next victim. With each murder she becomes bolder and even a police investigation doesn't stop her. Will an undercover cop have what it takes to collect the evidence he needs before he becomes her next victim?