Maverick supports independent film producers by providing a pipeline of content that streams from filmmakers to movie watchers. Likewise, Maverick accommodates consumers with a consistent flow of the genre films they wish to view. By maintaining an exemplary reputation within the film and business communities, as well as establishing direct relations with content creators and media providers, Maverick positions itself as a leader within the home entertainment industry.

Doug Schwab founded Maverick in 1997 and continues to oversee the company. He and his team of key personnel have forged the cornerstone to the company's growth over the last 21 years and the team is excited to charge into the future.

Doug Schwab, President and Founder of Maverick, was born and raised in New Orleans, Louisiana. With over 30 years in the home entertainment industry, Schwab has established himself as a leader in independent film distribution and as a champion for independent filmmakers everywhere.

Schwab has launched over 1,000 feature films since Maverick’s inception. He utilized the expertise and contacts he gained as a Blockbuster buyer to initially develop Maverick and now leads creation, promotion, and distribution efforts for various genres within the independent film category. Schwab and Maverick maintain an impeccable reputation within the industry and with filmmakers worldwide.

Following Schwab’s vision, Maverick serves as a pipeline between independent filmmakers and movie fans everywhere. Unlike major movie studios, Maverick releases a consistent and constant supply of films consumers wish to view. Through relationships and output deals, Maverick can distribute its films across all media platforms so film lovers can watch Maverick movies when and where they choose. For Doug, Maverick is all about the people. 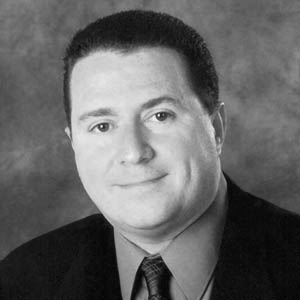 Brenda Garcia-Ortiz is the SVP of Worldwide Sales at Maverick Entertainment. Brenda brings with her a plethora of experience in the entertainment industry in both music and films. Over the last 35 years, Brenda has worked for distributors such as Baker & Taylor, Anderson Merchandisers and Alliance Entertainment and overseen accounts such as Walmart, Target, Best Buy and numerous others.

With her extensive background in sales, Brenda plans on keeping Maverick's library of titles highly visible both in the physical DVD marketplace as well as develop new strategic partnerships with current & future digital partners as well as expand our film festival presence. Brenda previously worked for Maverick Entertainment and after 18 years she finds herself returning home to a familiar place.

For Brenda, it is all about the art of the sale. 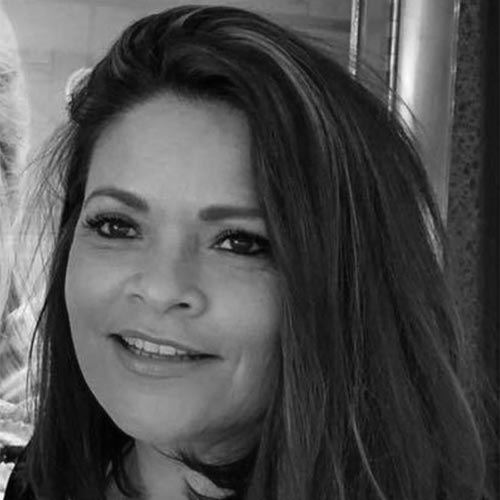 Director of Acquisitions and Legal Coordinator

Erica plays an integral role as the delivery and legal coordinator. Responsibilities include but are not limited to gathering all the needed documents from the filmmakers and working closely with the lawyer to ensure Maverick can successfully and legally release films out into the traditional and digital marketplace.

Erica Barrabi, a native Floridian, holds a degree in Criminal Justice from Florida Atlantic University. She is also currently taking courses to obtain her paralegal certification at FAU, with thoughts of pursuing a degree in law in the future. In her off time, she loves to travel to new places, watch movies, and take long runs. For Erica, Maverick is all about chain of title. 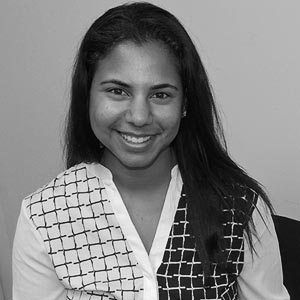 Abel Franklin is Maverick’s Digital Media Specialist. He obtained a Bachelor of Science in New Media Arts and Science from Indiana University Purdue University of Indianapolis in 2009. He followed that with an Associates of Science in Film Production from the Art Institute of Fort Lauderdale in 2013.

Franklin focuses on DVD authorizing and digital deliveries. Further, he maintains Maverick’s YouTube page and collaborates with other departments to ensure synchronization across all digital platforms. Known as the Silent Assassin for his quiet demeanor and killer work ethic, Franklin continues to build Maverick’s social media presence. For Abel, Maverick is all about the teamwork. 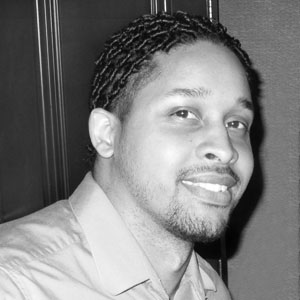 Evan Liss is responsible for all things digital at Maverick. His main responsibilities include editing, creating teasers, authoring DVDs and being an important part of the Maverick digital team.

He graduated from the International Academy of Film and Television (2013) with a degree in Advance Filmmaking. He's truly passionate about the art of film and it shows in his work.

Shortly after graduating, one of his first shorts, called The Thrilling, received numerous awards, including Audience Program favorite, runner up Florida favorite, and Overall Audience favorite from various film festivals. Impressive - and he's only getting started.

For Evan it's all about filmmaking. 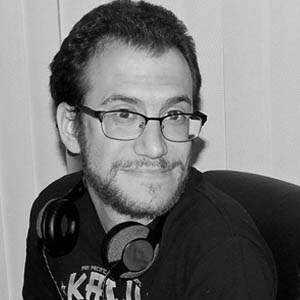 Mike Haslam is Maverick’s lead Graphic Designer. He graduated at the top of his class from the Art Institute of Fort Lauderdale and won the Best Portfolio Award for his immaculate graphic design work.

With a background in Illustration and Design, Haslam brings his unique artistic style to Maverick’s marketing efforts, which include key art campaigns, graphics, and branding for Maverick’s website and popular YouTube channel. For Mike, Maverick is all about the creative process. 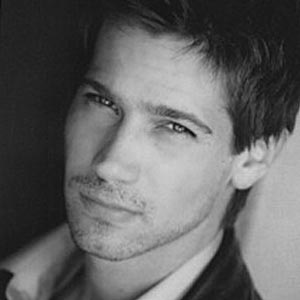 Michael Marine heads Maverick’s Accounting Department. Marine adheres to Maverick’s financial, accounting, and inventory criterion that provide a yellow brick road to a pile of green bills. In addition to bringing many years of management experience in finance, accounting, and taxation, Michael is an actor, writer, and musician who enjoys Maverick’s creative atmosphere.

Marine obtained a Bachelor’s from Cornell University and a Master’s from Tulane. He is an active, licensed CPA to this day. For Michael, Maverick is all about the bottom line. 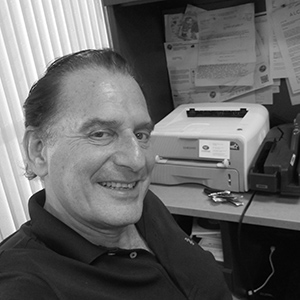 Kelcie graduated from Loyola University New Orleans with a Bachelor of Arts in Theatre Arts and History. Theatre has allowed her to wear many hats, from creative pursuits and production roles, to front and back of house management.

Kelcie has honed her business sense in the live events industry, booking rental productions for a 1,400+ seat theatre and being responsible for event logistics for nationally touring stage shows including musicals, live concerts, and comedy shows. She has successfully booked and overseen conferences, trade shows, nonprofit fundraisers and entertainment of all kinds.

Kelcie is excited to join the Maverick team in overseeing productions on Maverick Originals as well as expanding Maverick's event and movie premiere offerings and future festival opportunities. 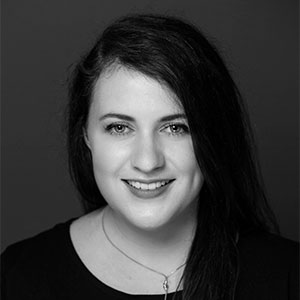 Christie Hervas is the Digital Platform Analyst for Maverick Entertainment. Christie has over 20+ years of experience in the entertainment industry, most recently with Universal Music Group and Anderson Merchandisers. In her previous roles, Christie worked directly with many independent studios including Maverick in the past when she was with Anderson Merchandisers. She also has closely worked with the largest retail accounts in the country such as Walmart, Target, Best Buy in addition to entertainment distributor AEC.

Christie, is a native Floridian, and is glad to be back home after living in Dallas, TX for 13 years. Away from work, Christie enjoys music/going to concerts, traveling, movies and wine tastings. For Christie, Maverick is all about the numbers. 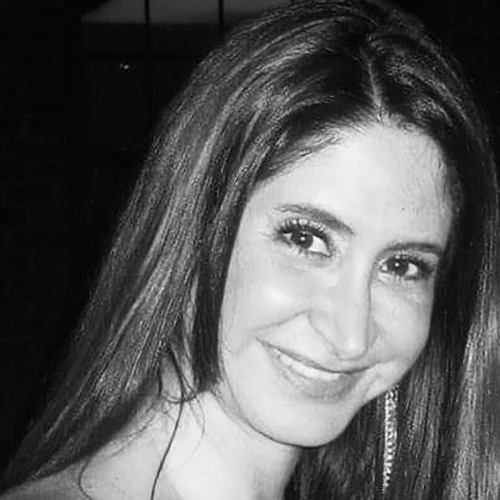 Devin joins Maverick in the Acquisitions department where his combined 15 years of production experience in film and theatre production coalesce. A graduate in Multimedia Studies with a focus on Film, Video, and New Media from Florida Atlantic University, Devin's vast on set experience positions him perfectly to liaise with filmmaker partners. With a professional background in client services and ticket sales combined with a passion for creative narrative Devin has his fingers on the pulse of engaging content creation. 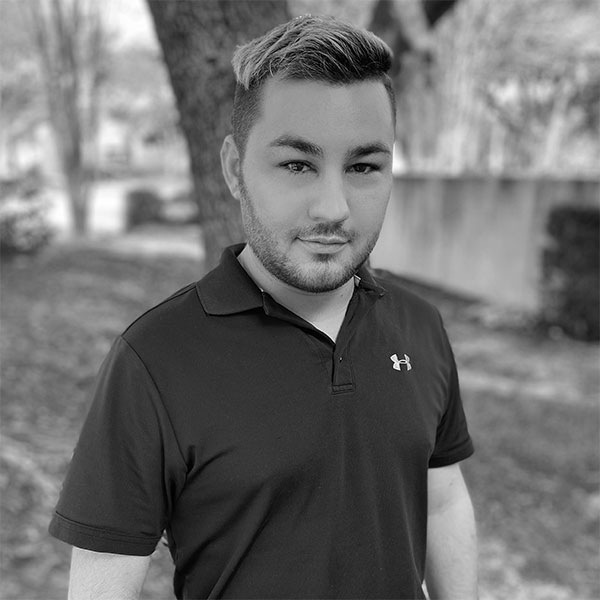