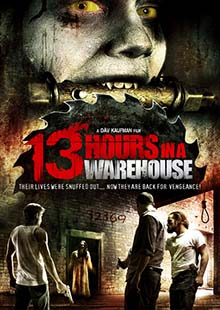 13 Hours in a Warehouse

After five guys pull off the perfect heist they end up in an abandoned warehouse waiting for their buyer to show up. But, it isn't the 13 hour wait that is upsetting; it's the strange numbers that keep appearing everywhere and the feeling like they are being watched. When they finally figure out that they are not alone, it's too late to get out alive.