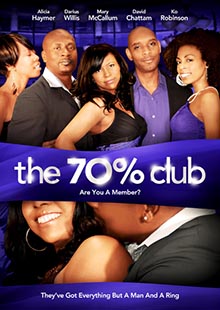 Oprah Winfrey, The New York Times, and ABC Nightline have all reported that 70% of black women are single. But this group of friends never thought they would be part of the statistic. As they prepare one friend for 'I Do' and another for divorce; secrets, lies, and betrayal threaten to derail the wedding. As they each struggle to hold on to their relationships the women can't help but wonder if it's even possible to find lasting love, especially for a black woman? The 70% Club offers a fresh and contemporary look at the issues faced in relationships, dating, and marriage.