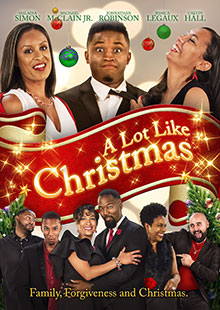 After not seeing his family for over seven years, P.J. gets talked into going home for Christmas by his co-workers. Excited to see PJ, the entire family comes home for the Christmas season; his family is loaded with personality and has a flair for the dramatic. He reconnects with his high school sweetheart, Rebecca, and after having a fight with his father, is reminded of the importance of love and forgiveness. Only then does his perspective change and he embraces second chances at life.