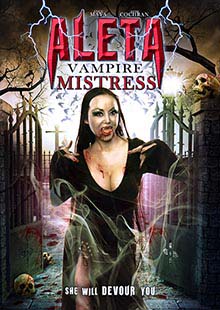 When the Defense Secretary hears of a woman effortlessly killing two robbers despite multiple gunshot wounds, he dispatches an FBI Agent to track the killer down in hopes of enlisting her as a potential super-agent. The agent's quest turns perilous when he discovers he is tracking a vampire, but not just any vampire - the carnal and carnivorous Vampire Mistress. Empress Vampire is an erotically charged, lethal journey into darkness - the darkness of human greed, the darkness of ancient evil and the darkness of the perversion of Vampire Mistress.