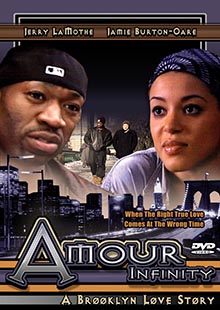 Amour Infinity is a Brooklyn love story of a man, (Derek) a well-meaning young adult trying to overcome a string of dilemmas in his life: unemployment, single-fatherhood, and his child's mother and girlfriend of five years untimely abandonment! When least expected, Derek's fate takes a promising turn. He meets the love of his life, then finds himself caught up in an urban society with numerous variables; love, loyalty, and secrecy. Derek has to make a defining decision, who and at what cost?