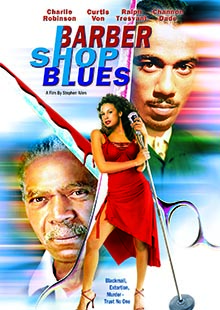 An ex-con just out of prison is unable to find a legitimate job resorts back to his criminal ways dealing, blackmailing and extortion. The ex-convict Blue Daniels (Curtis Von) weaves his sinister plan like a snake coiling around his victims. His victim is a former model Stacy, who threatens to expose her past.

She goes to her ex-husband, TC (Charlie Robinson), the owner of a very popular barbershop, for help. After a drug deal turns bad, Blue has one week to pay as promised or the Kingpin will kill him.

Then, late one night, Blue is killed. Could the killer be the drug Kingpin? Pluto? Stacy? The truth will shock you.