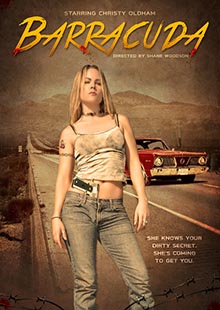 Summer, a phone sex operator, is at the end of her emotional rope. She records her callers as proof of how normal, professional men can also be pedophiles and rapists. When no one believes her, Summer takes matters into her own hands, driving her vintage Plymouth Barracuda across the country, surprising and exposing these deviants at their homes.