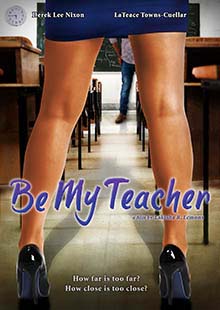 Evan, a mature high school senior, falls in love with his English teacher, Mrs. Alecia Willis. What begins as a harmless student-teacher relationship soon becomes much more, as Evan is very persistent in his attempts to woo his instructor. The two willfully plunge into a passionate romance that goes against every notion of right and wrong. As vulnerability takes control, they push the limits on how far is too far and how close is too close.