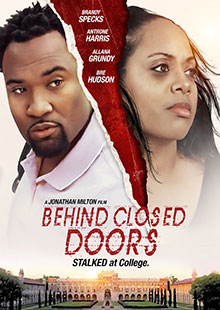 Stacy is a freshman at a Historic Black College & University. She Meets and falls in love with a Grad Student named Benjamin. He's nice and charming at first. Until he starts to control her and physically, psychologically, and verbally abuse her. Can Stacy get out of this domestic violence relationship before it's too late?