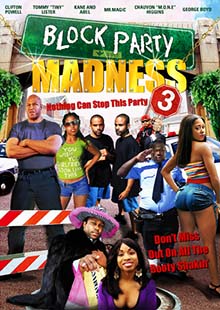 AJ and his homie Trip are determined to throw the hottest block party of the summer, for the third year in a row. This year there will be more obstacles than ever, but nothin' can stop these boyz from having a good time.

Dan and Dave Garcia, a.k.a. Kane and Abel