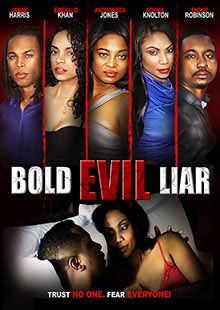 Apollo Love and his wife, Joi, don't know if their marriage can survive his affair with the beautiful seductress, Bel. Although the affair has ended, Bel is in full stalker mode while the Love family tries to deal with Apollo's unfaithfulness, and the recent death of Joi's parents. A web of lies and secrets that have been hidden by other members of both of their families are uncovered, and everyone starts to look scandalous. In the end, the biggest Bold Evil Liar wins.