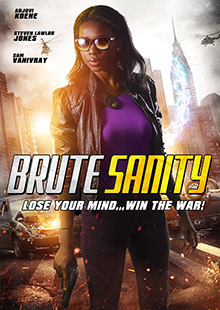 Keradin, an up-and-coming FBI agent, successfully extracts a stolen artifact from a den of criminals, despite freakish hallucinations. A year later, Keradin has returned to academia as a postdoctoral researcher in neuropsychology. Her former FBI boss, Maskin, swarms her research center with a group of agents to find a second artifact - a device which can alter reality. Realizing Maskin has sinister intentions, Keradin teams up with a thief to find the artifact first while Maskin unleashes bizarre traps to stop her.