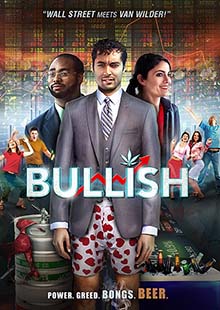 A satirical rags-to-riches story follows five Berkeley students as they journey through a series of investments buoyed by sheer luck. Friendship turns to enterprise, and competition ensues. Set against the backdrop of the Occupy Movement, the recession, and BP's oil spill, the film satirizes the absurdity of the capitalist system and revisits the contest between friendship and business.