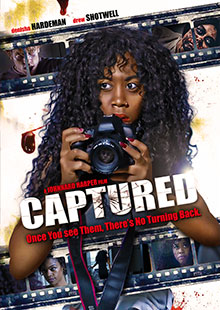 Jessica Johnson, a journalist, has just learned that her brother has died. Upon moving into his apartment to pick up his belongings she notices an old camera. She has no idea about the secrets behind the camera left behind. It's only a matter of time before she begins to hear and see visions only behind the camera or whenever the camera is near. Is it real? or is she hallucinating?