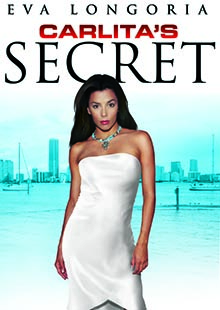 “Carlita's Secret” is a hot and sexy thriller about a young innocent girl named Carlita who dreams of becoming a Broadway dancer in New York, but finds her dreams shattered due to a deadly past.

One night, at a Miami nightclub she is caught in the middle of a gunfight and is blamed for a murder she didn't commit. When running from the police, she changes her name and identity until she is able to prove her innocence without getting killed in the process.

Eva Longoria
• Star of ABC new drama “Desperate Housewives”
• ALMA Award winner for Outstanding Actress in a Daytime Drama for her work on The Young And The Restless,
• One of People En Espanol's 2003 Most Beautiful Latinas.