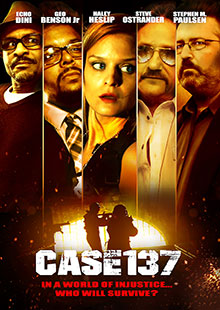 Christine Owens stirs the pot with her husband when she catches wind of a suspicious unsolved case within her department. With her bravery and desire to bring justice, Christine puts everything on the line, including her own life to solve Case 137.