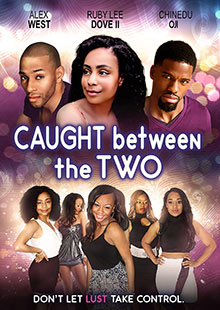 Caught Between the Two

A very successful black woman named Taliyah finds out that she is in control of everything in her life except one thing. Just when Taliyah thinks her life is in the perfect place she happens to get an unexpected surprise that could cause lust to take control. With the help of two best friends, Taliyah's search of fulfillment comes to terms in a dangerous love triangle.