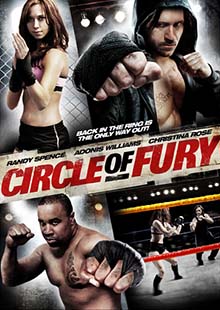 Back from Iraq, Johnny Brown discovers that a new war is taking place in the streets of New York. In an attempt to get kids off the streets and instill the discipline he has learned in the Marine Corps, Brown launches a school for Mixed Martial Arts. But when a group of drug pushers try to use his school as a drug laundering business, an all out brawl occurs; pitting Brown against his childhood friend, who is now pursuing a life of crime.