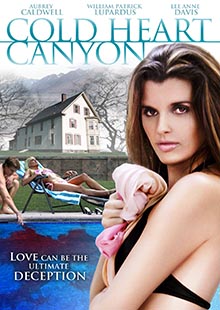 Heather, a beautiful divorcee finds peace in the secluded Laurel Canyon. But, all is not so quiet in the canyon that holds forbidden secrets. Things start to heat up, when Heather meets an attractive couple, Marisa and Daniel, whose intentions are to lure her into a life of eroticism. When Marisa mysteriously disappears, Heather is flooded with suspicion of her new lover Daniel. How well does she really know him? Could the man she has given herself to be a cold blooded murderer or just another dark secret in Cold Heart Canyon?