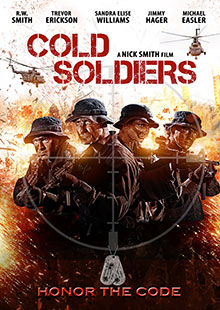 Welcome to the Kershaw Institute, a rehabilitation center for highly trained spies & soldiers who have cracked on the battlefield. At Kershaw, they keep their skills honed and ready for war, with psychologist John Dance assessing their mental stability. Dance is surrounded by combat-ready patients who could turn on him at any moment. Instead they turn on the review board that assesses the Institute's future. It's up to Dance to find out which of his patients are involved as the board members start to die. He has to find out quick; his wife is on the board and in the line of fire.