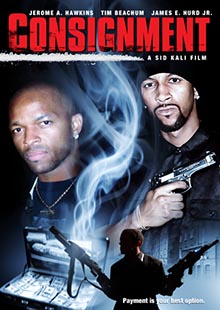 Based on true events, CONSIGNMENT is about Tommy Jones, a reluctant East Coast drug dealer on the run with his wife, Yolanda, after a rival kingpin's plan to have him ripped-off and murdered goes wrong. In need of fast cash to go straight, the pair head to California, where Tommy hooks up with his cousin, a reckless, hot-tempered drug dealer. Tommy quickly gets in over his head, and is forced to take a large shipment of crystal meth on consignment from a ruthless Latino gangster. Double-crosses, a series of brutal murders, and an old secret from his wife's past foils Tommy's plans for a new start at life.

• Inspired by true events, this gritty tale, gives a true life depiction of life on the streets.