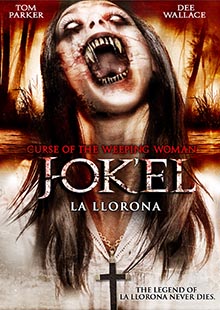 Curse Of The Weeping Woman: J-ok'el

The terrifying legend of J-ok'el just might be true! While searching for his missing sister George learns the haunting details of the J-ok'el legend (La Llorona); a woman who drowned her own babies centuries ago and whose spirit has returned to claim more children as her own.