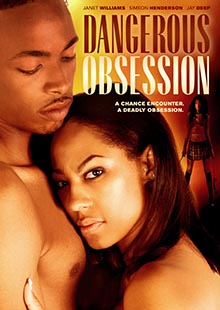 The story of 26 year old Brandi Seaton. She is attractive, smart and single. After breaking off her engagement the day before her wedding, she decides to test the waters of the singles dating scene. How and where to begin is the problem. Brandi's roommate, Anita introduces her to a telephone "partyline" where she meets a handsome, professional named Alex. After one meeting both Brandi and Alex's lives change as their friendly conversations grow into obsessions and culminate in a tragic encounter.

Simeon "SIMBO" Henderson has been featured role as a Survivor in War of the Worlds and a featured role on the hit Fox show Prison Break.

Jay Deep's career has grown to the screen in films such as Barbershop, Barbershop 2: Back in Business, Parked, Light It Up and look for his performance on P. Diddy's DVD, The Bad Boys of Comedy.