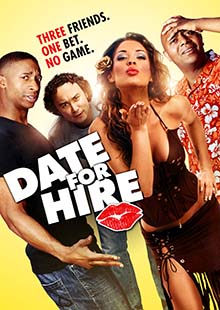 To show his friends that he isn't the loser they have made him to be, Marcus bets them that he can get a date with the next girl that walks into the bar. But things don't go quite as planned when the girl puts a price tag on their night out. Now a simple bet has turned into an all night adventure, where money, stalkers, and craziness collide.