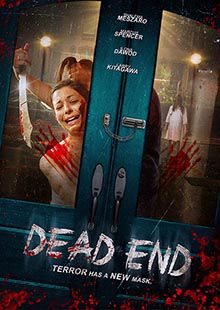 Demons haunt Tina after she begins to open the case of the murderer who claimed the lives of school children in her town. Her devotion to the case manifests frightening paranormal activities around her and the spirits haunt her day and night. She reaches out to a priest who sheds light on the situation. She soon realizes she must endure frightening terror if she is to find this bloody murderer.