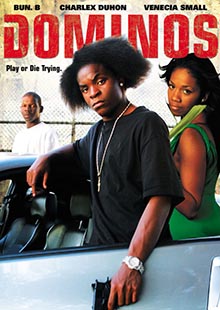 Homeboy Cameron tries to juggle his time between his girlfriend Sandy, the record label, and hanging out with his boyz. But his relationship with Sandy eventually sours when Cameron devotes more time to his friends. Tired of his lies and excuses, Sandy ends the relationship. Dealing with depression from the breakup, Cameron finally realizes the age-old cliché, "you never miss your water until your well runs dry".