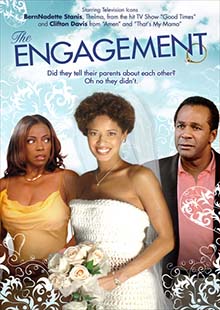 In this hilarious comedy David, a Jewish American, asks Mia, a beautiful African American, to be his wife-but never dreams what lies ahead when he announces his engagement to his parents. When David's parents surprise him by hosting an engagement party, Mia's African American heritage might just give them the surprise of their lives! To make matters worse, David's parents want a traditional Jewish wedding and Mia's parents demand a traditional Baptist ceremony. As tensions rise throughout the day, will love prevail or will both families tear them apart?