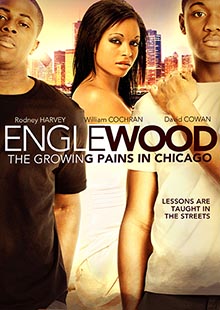 Boyz In The Hood is transplanted to the modern day Chicago neighborhood of Englewood in William L. Cochran's powerful directing debut. Englewood boldly blends humor, romance, tragedy, and hope in this tale of three friends struggling to get through high school. Amid violence,peer pressure, and family dysfunction, these friends pull through. Dennis,(Cochran) tackles the main role, whose behavior conceals his talents and his new girlfriend sees through his thug exterior. Will her encouragement be enough to steer him past disaster?