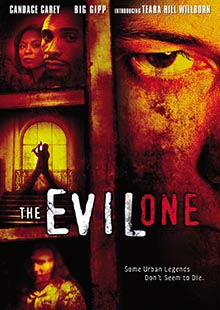 The Evil One, set in Chicago's most dangerous neighborhood, Englewood, is experiencing a number of recent murders that are the work of a serial killer. But a newspaper photographer discovers that the slayings seem to be linked to America's first serial killer HERMAN WEBSTER MUDGETT JR., who died in the late 1800's and was buried face down facing hell. Did his soul come back to seek revenge in modern day? In Englewood, some evil legends, never die.