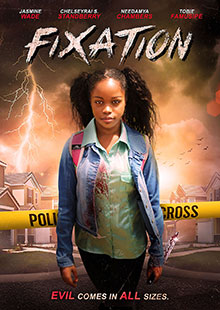 Charles has a secret, and his wife Katherine has no clue about what his unrelenting obsession is. When the clues start to add up, will Katherine do what's right or will she become the fuel that adds to the fire of a citywide manhunt? Or will her daughter have something going on in her life to overshadow everything?