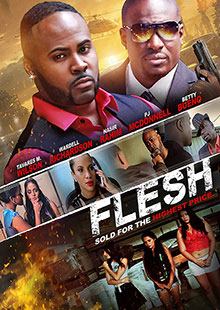 Brothers Alonzo and Casper run their city from different points of the spectrum with Alonzo serving as the Chief of Police and Casper the biggest street king in the city. When their youngest brother Nick returns home he's immediately drawn into the middle of the brother's feud and an even bigger threat as the seductive Eve threatens Casper's empire with her growing human trafficking business. With the brothers now caught between the cartel and the law they must decide if blood is thicker than water in this story of loyalty, betrayal, and the ultimate sacrifice.