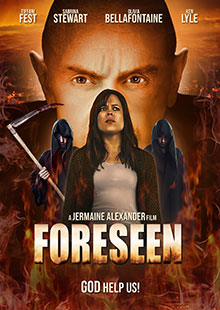 Karmen Moncrille's name has been known throughout the world since the age of sixteen when her first book shot to the top of the bestseller's list. Now everything she writes is an instant hit, and her legions of devoted fans eagerly await her next release. The mysterious Karmen always blamed debilitating panic attacks as the reason she avoided publicity and has become a recluse. Which is exactly what she wants the world to think. Only Karmen knows the truth behind her introverted nature. Terrified of being asked where her ideas come from, she fears being branded a raving lunatic. Now just a week before her twenty-third birthday, Karmen's world implodes. The madness that haunts her dreams spills over to her reality and she questions her sanity. Suddenly everything has changed and now the world will transform with her. Her last book will unleash the truth and alter mankind - forever.