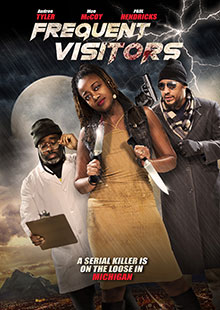 Frequent Visitors follows the inner struggles of a female constantly at war with herself; and the confident detective determined to prove his ability. Who will be defeated? Who will conquer?