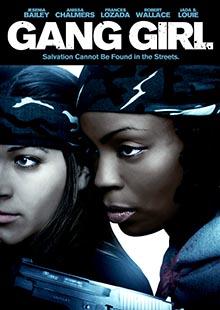 Shakira is a young girl from the Bronx who has joined the neighborhood gang for friendship and protection. But the crimes she commits as part of the gang lead to consequences she isn't willing to face. Forced into the 'Scared Straight' program she meets a former gang leader who begins to show her a different way of life. For Shakira this is just the start down an unlikely road to redemption.