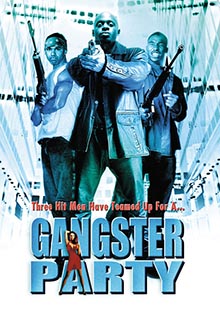 When a drug lord by the name of Herman Delgato starts killing his under bosses for an attempted mutiny of his organization, he is spotted by a witness and arrested. The government assigns a witness protection specialist to the case but Herman Delgato has other plans for the witness. Through his contacts he hires three of organized crimes\' most notorious hit men. Anyone of these three men alone equals death, but together that are a precise and effective killing machine. In the underworld of organized crime, there is a code name when three ex-gang members do a hit together. It\'s called a Gangster Party.