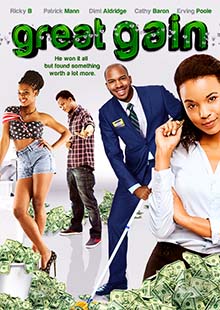 Isaac is a janitor whose livelihood is in jeopardy when his boss tries to cut his job in order to save money. When it seems he has finally gotten the best of Isaac, a misunderstanding at a convenience store puts a winning lottery ticket in Isaac's hands. Isaac purchases the company in attempts to get back at Henry for the troubles he caused at work. Isaac's world has been turned around but after gaining so much he may be on the edge of losing it all.