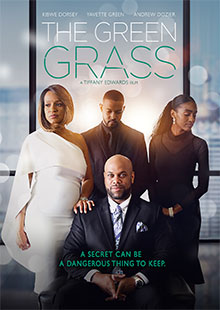 When money, success, and power becomes your platform it undoubtedly attracts an audience of onlookers; some of who will stop at nothing to get a taste of the good life. But as the plot thickens and the heat intensifies, Shawn's credibility will most certainly be challenged. He'll need to dig deep within himself to stop his life from spinning wildly out of control. This thrilling drama will test his limits as he struggles to find the balance between who he is and who he imagines himself to be. And in the aftermath he'll count up the cost of The Green Grass.