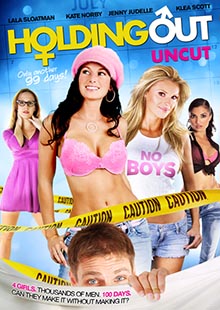 Desperate for a thesis project for her Masters in Women's Studies, Jessica persuades 4 sexy party girls to fast off men for 100 days. No talking, no touching, no flirting, and most importantly no sex! But the real challenge begins when a local millionaire decides to offer $1,000,000 to the first man who can stop the fast. With thousands of men looking to break them will the women be able to hold out?