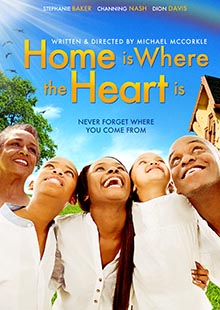 Home Is Where The Heart Is

Home Is Where The Heart Is is an original story and contemporary Gospel stage play about the Anderson family and their strength that comes from the love they share for each other and their home. After living away from each other as they pursued their careers and own lives, three siblings, Angela, Ayana and Joseph, Jr. reunite when they return to their childhood home.